The F.N.M.T.C. manages the National Register comprising a list of practitioners in business and training colleges.

The National Register is a directory containing the contact details of practitioners in business who hold a diploma and are recognised by the Federation*.

It also lists colleges that have been accredited by the Federation*.

*Affiliation does not become effective until approved by the Accreditation Committee.

The FNMTC defines the course criteria for all accredited colleges and manages the list of students and alumni.

They also define the conditions and contents of inter-college examinations.

Students sit the Diploma in Traditional Chinese (DATC ®) examination at the end of their course.

The FNMTC represents all accredited colleges and professional organisations in dealings with national and international bodies.

The actions taken by the Federation aim to achieve the following :

Professional Charter and Code of Ethics

The FNMTC drafts the Charter defining the roles of colleges, professional organisations and practitioners.

⦁ The Charter contains legislative texts applicable to the profession.

⦁ It defines TCM, the division of roles and the limits, duties and responsibilities of our corporation.

The FNMTC drafts the Code of Professional Ethics and monitors compliance.

The Code of Ethics specifies the general duties of a Chinese medicine practitioner.

The FNMTC takes all legal and administrative measures and provides socio-professional protection.

The problems solved include the search for professional liability insurance for practitioners and colleges.

The FNMTC provides the general public and healthcare professionals with neutral, objective information.

TCM is not well-known. It suffers from a lack of communication and a host of preconceived ideas.

Our profession has a duty to provide information so that the general public knows more about its possibilities and skills. This is done through media-targeted actions and other vectors of communication.

The FNMTC encourages programmes of research into Traditional Chinese Medicine.

Research is of vital, fundamental importance if we are to advance the cause of TCM and provide patients with even more effective responses to relieve their suffering.

Finally, research removes all false interpretations, errors or even charlatanism. To achieve this, the FNMTC keeps watch.

Communication is assisted by an annual conference that brings together practitioners, students and anybody interested in TCM.

The Conference is held every year at the end of October or beginning of November. (the first conference was held in 1997).

Conferences provide the general public with information on the concepts that underpin this type of medicine.

The media help to circulate news of such events and, in doing so, play a part in their success.

Traditional Chinese Medicine, the emergence of a profession!

8th and 9th March 2005: two historic dates for the CFMTC and Traditional Chinese Medicine in France!

This makes the C.F.M.T.C. the largest organisation representing Traditional Chinese Medicine in France!

1st October 2005, the CFMTC was presented at the 2nd World Federation of Chinese Medicine Societies (WFCMS) conference at the Maison de la Chimie in Paris.

Subscribe to the mtc.MAG's News-Letter (4 per year - in French) to be notified of its issue 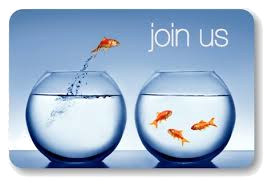 FNMTC is a member of : 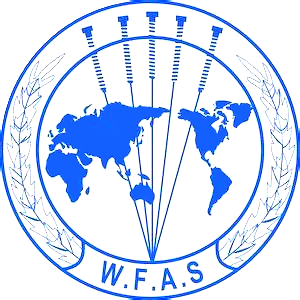